It appears that Malta aims to obtain the status of the “Blockchain Island” and it must be acknowledged that it seems determined to achieve its goal. 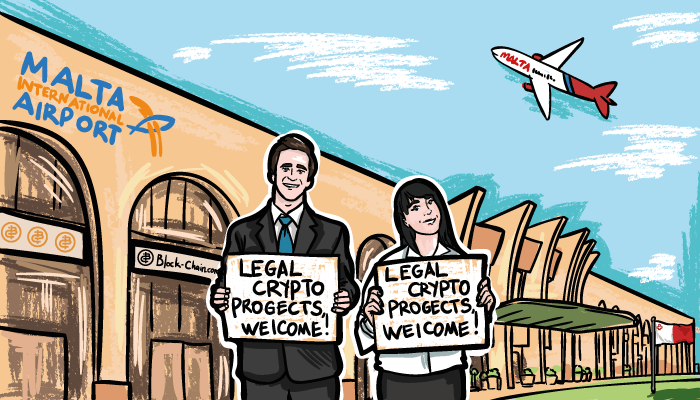 Recall that some time ago Hong-Kong headquartered Binance announced its decision to relocate to Malta due to its significant benefits. This statement has become a confirmation that the country is moving in the right direction since Binance is one of the largest crypto exchanges in the world and it has opted for Malta for their new headquarters.

According to the official statement, the reasons are as follows: Maltese banks agreed to enable fiat-to-cryptocurrency deposits and withdrawals within a few months, and the laws allow to mitigate the risk posed by their centralized system. Beyond that, Malta builds on the excellent reputation and track record in financial services, which has also become a crucial aspect in attracting Binance.

On May 22nd the government of Malta published three new bills and therefore created a regulatory framework for crypto exchanges. The new bills are: the Virtual Financial Assets Bill, the Malta Digital Innovation Bill and the Innovative Technology Arrangements and Services Bill.

The first one, containing 26 stipulations, concerns initial coin offerings and states that all fundraising campaigns are invalid unless the company launching them has published a white paper, an informational document that explains a project’s business plan and technological base, and lays out the requirements for it. It also requires the financial history of the issuer to be public.

The second one concerns the establishment of an industry-specific governing body and says that the interests of the blockchain industry will be promoted to the government. It will have to make reports on an annual basis to reform about developments in the sector and beyond these conditions, the bill also establishes the structure of the new authority.

The Maltese government has stated that it sincerely welcomes the DLT sphere to move to Malta. It must be admitted that it is possible to happen as the country presents itself as a cryptocurrency-friendly jurisdiction and now has become the busiest territory in the world regarding processing cryptocurrency trading volumes.