Cryptocurrency criminals stole about $1.2 billion in cryptocurrencies since the beginning of 2017, according to the Anti-Phishing Working Group. 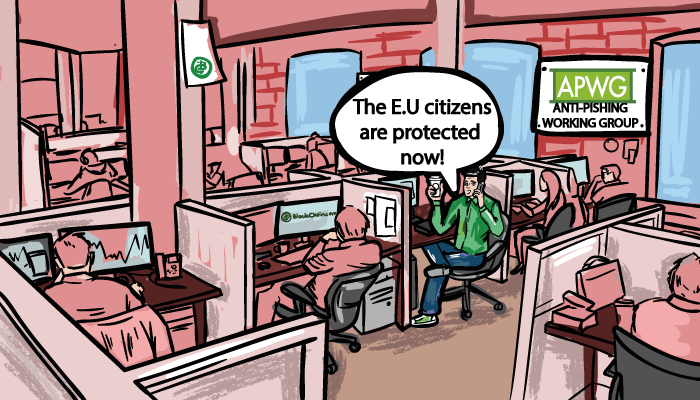 The Anti-Phishing Working Group is an international non-profit organization that brings together businesses affected by attacks such as phishing attacks. Dave Jevans, the chairman of the Anti-Phishing Working Group and the C.E.O of cryptocurrency security firm CipherTrace told Reuters in an interview that cryptocurrencies are not only being used for money laundering and drug trafficking but "bad guys" are also engaging in the theft of these coins.

Dave also believes that only less than 20 percent of the stolen coins have been recovered. The Anti-Phishing Working Group also noted that the amount of the stolen funds was both reported and unreported funds.

This news comes as the European Union’s General Data Protection Regulation comes into effect on Friday this week. The regulations restrict companies from accessing consumer information that is deemed critical during investigations. Such restriction will hinder the collection of data by investigators into criminal activities such as ransomware, fraud, crypto-hijacking, cryptocurrency theft and other forms of cybercrimes.

This regulation will mostly affect E.U citizens according to Reuters. The regulations also stipulate that important domain data records such as names, addresses and email addresses of domain owners will no longer be available to the public after May 25. According to Dave, such data is vital for investigators who work while investigating cyber fraud. He also noted that only E.U citizens will be protected from “bad guys” and all the bad guys will flow to Europe where data from them cannot be accessed by investigators anymore.