Chinese startup called PEB is accused of defrauding over 3000 people in China. All six founders arrested on Monday are incriminated in fraudulent actions. Company was selling cryptocurrency assets that were actually worthless, deceiving the investors by t 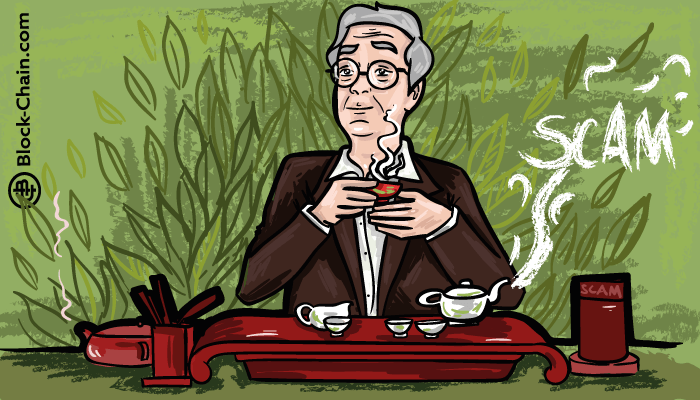 The company was formed in January 2017 and started issuing tokens named Pu’er Coin. Each token buyer was given a mandatory contract representing an ownership of certain amount of Pu’er Tibetian tea, with a condition of buying specified portion. The tea was supposed to be extremely valuable. The promised gain from the contract was 12 percent annually on condition that funds are locked for 12 months. The tokens could have been sold in a secondary market Jubi.com.

The police found that the tea amount the scam company had in stock was very limited, and promised high profits were unrealistic. Moreover, it was discovered that the company was moving the market with its own funds and was artificially increasing its token price. The scam firm had already received several notices before, and had been already fined $ 20 million by the State Administration Market regulation in April. The penalty was for advertising false information.

This arrest is yet another noteworthy case of cryptocurrency scam in China. The country has recently stepped up efforts to fight unauthorized fundraising. In April police in Xi’an had arrested participants of a cryptocurrency crime pyramid scheme. It was claimed that the project had defrauded over 13,000 people throughout China of more than $13 million in total. The scam scheme was based on the Da Tang Coin altcoin linked to DTC Holding, a firm registered in Hong Kong. The fraudsters claimed that investors could make about $13,000 daily if they made an initial investment of $480,000.