Iran and Russia are discussing the possibility to use cryptocurrencies for transactions and trade relations, Interfax reported on Tuesday. 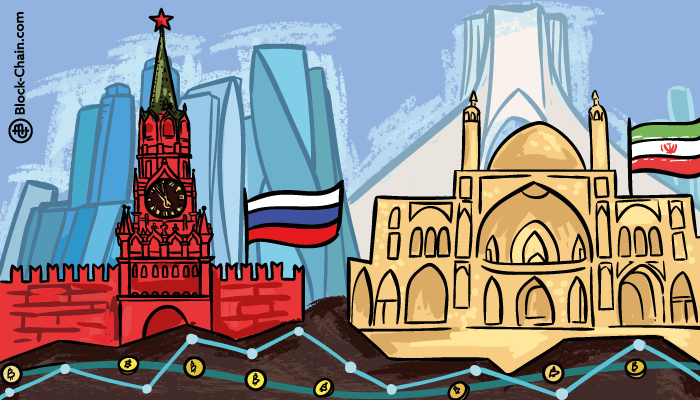 Russia and Iran may use blockchain to avoid using SWIFT

Both countries are considering replacing the SWIFT and already started development of SWIFT alternatives on blockchain. In the matter of security, transaction system based on distributed ledger is expected to be even more safe than SWIFT, revealing the power of blockchain technology. Blockchain continues penetrating every sector of business, with its strong combination of consensus network algorithms and cryptography that enables creating transaction history.

said Mohammad Reza Pourebrahimi, the head of the Iranian Parliamentary Commission for Economic Affairs at the meeting with Dmitry Mezentsev, the head of the Russian Federation Council Committee on Economic Policy.

It is not clear yet whether the cryptocurrency the countries would use will be bitcoin or ether, or their own crypto. In Februar 2018 Venezuela released its own oil-backed cryptocurrency, the Petro, evoking some criticism among the crypto community. Some of the cryptocurrency ranking organizations have described the Petro as "scam", according to Bloomberg. Russian state cryptocurrency will be back as CryptoRuble and is planned to be released in the middle of 2019. While in December 2017 there has been the first freight deal settled in Bitcoin, which was a part of pilot testing of Prime Shipping Foundation’s blockchain payment system for bulk commodities. The vessel used in Prime Shipping’s transaction carried 3,000 metric tons of wheat from Rostov-on-Don (Russia) to Samsun (Turkey). Though the deal is not big, it reflects the capabilities of cryptocurrencies that could be applied in agricultural commodity markets.