And once again the name of John McAfee, crypto guru in retirement and the father of the notorious same name antivirus, is in the middle of the action. This time, the rumours are quite amusing, since several news outlets have announced that a 15 year old kid hacked his “unhackable” cryptocurrency wallet. 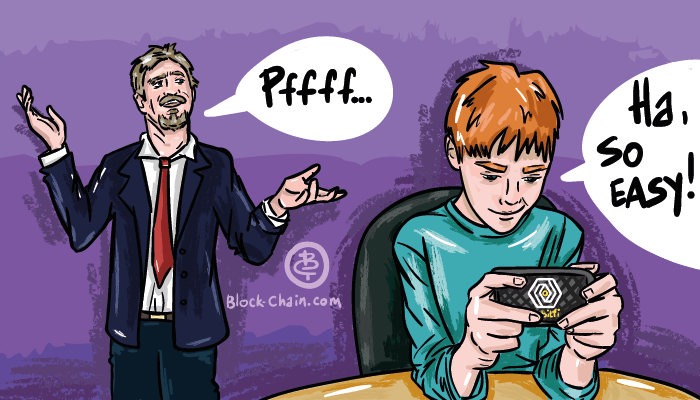 A kid played DOOM on the Bitfi wallet, but that's not counted says McAfee

Bitfi’s wallet, supported by McAfee, was launched on June 25th, 2018 and sold out on only 20 minutes after that. The device costs $120 USD and one customer can only purchase 3 of those and no more. Bifi says about the wallet:

“The radically innovative Bitfi wallet is the world’s first un-hackable device that is the quintessential expression of disruptive research and development.”

The device cannot be hacked, as it doesn’t store any the private keys on it. Classic cold storage methods, including offline computers or paper wallets, make the money extremely vulnerable to the risk of thefts, since they store those private keys. Bifi’s wallet doesn’t - and that’s why it positions itself as the world’s first absolutely unhackable device, being the most secure cryptocurrency storage solution. However, a 15 year old teenager doesn’t think so - @spudowiar loaded a video on his twitter account of him playing the video game Doom on his Bitfi wallet.

McAfee vehemently denies the hack, announcing through the social media, that the wallet is secure. He states that a hack happens when the coins are stolen - and this never happened to the Bitfi wallet. He calls this attempt failed. But was it?

Noteworthy, Bitfi has offered an official big bounty of $250,000 USD to anyone who can hack the wallet and successfully steal $10 USD from it.