It's May 22nd, and it means that today bitcoin fans all over the globe will celebrate a fascinating unofficial holiday - Bitcoin Pizza Day. It has been celebrated by many enthusiasts for several years now since Laszlo Hanyecz launched it in 2010. 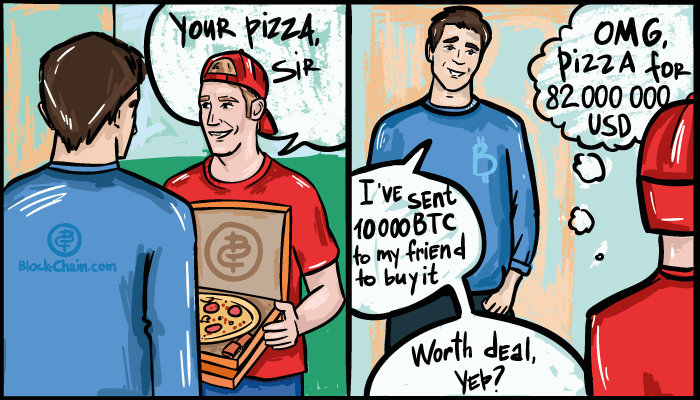 On May 17th, 2010, Laszlo posted a request to buy some pizza with bitcoins. Five days later Lazlo outlined his successful trading of 10,000 BTC, that quoted at $41 at the moment, for two Papa John’s pizzas. By today’s exchange rate it's $82 million which seems to be a pretty impressive amount.

As a matter of fact, the story was a little different as Laszlo didn't transfer the money directly to the pizza shop, a fellow British user agreed to buy food for him and received 10,000 BTC for this. In an interview to New York Times a few years later Laszlo said:

“It wasn’t like bitcoins had any value back then, so the idea of trading them for a pizza was incredibly cool.”

Well, you never know what will grow, as they say. Until now there was only one way to celebrate this holiday by ordering pizza and paying with bitcoins; however this year we will also see Bitcoin Cash Pizza Day.

Nowadays, sometimes it gets hard to find the merchant who would accept bitcoin payments, and it might take a long time to download the apps needed for the transaction to be confirmed. And here comes BCHPizza - this project was launched to keep track of places accepting Bitcoin Cash payments in exchange for pizza. It also offers some motivation as anyone can post a bounty to get a chosen local pizza shop to accept BCH as payment.

As soon as it officially enables these payments, the individual responsible can demand remuneration. This project aims to support BCH acceptance all over the world, and many community members appreciate the initiative. There is still a lot of work to be done, but now users can choose a preferred version of celebrating Bitcoin Pizza Day.