Today we want to tell you about the largest DeFi project in terms of the volume of blocked funds - AAVE - decentralized lending service. It is not as popular as Compound, although it has many attractive features. 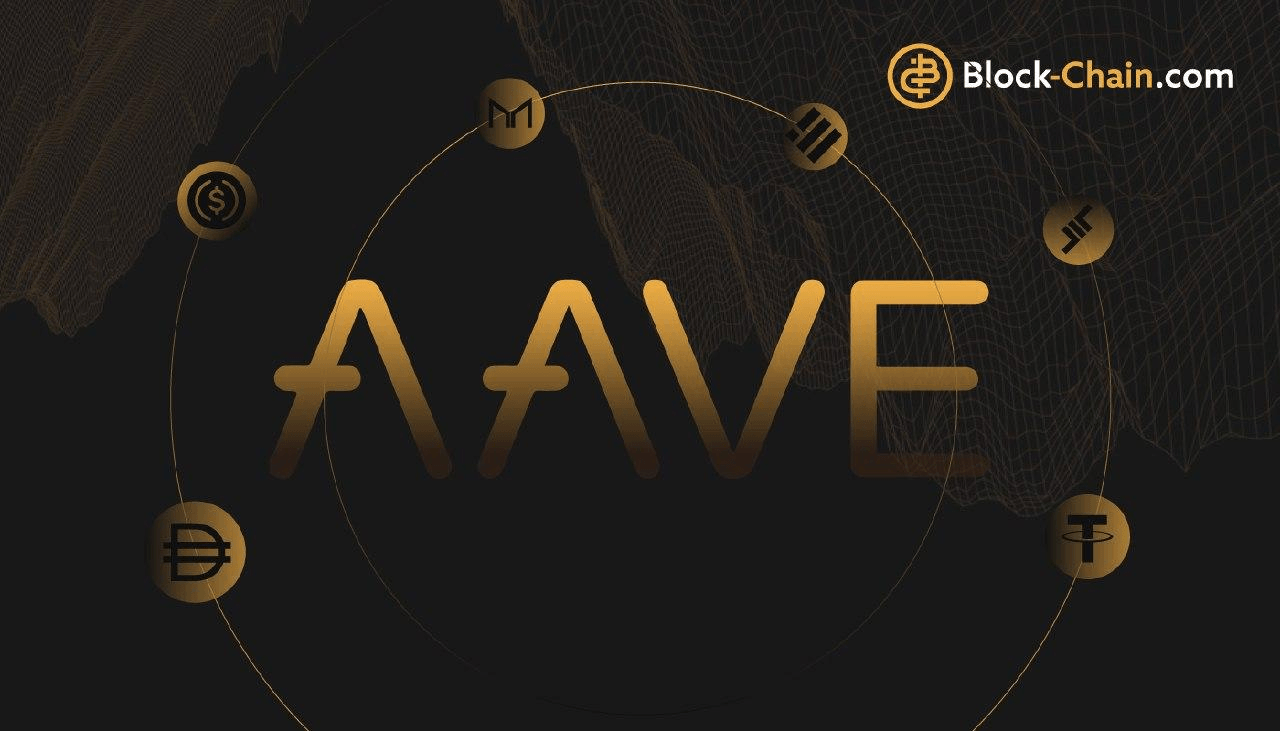 Initially, the company appeared back in 2017 under the name ETH Lend. The team ran a very successful ICO during which they raised $18 million. Then, for 2 years, they developed their loan product with the ability to draw up legally strong agreements between borrowers and lenders.

However, this model proved to be ineffective and the company rebranded. In 2019, they changed their name to AAVE ("ghost" from Finnish) and switched to a decentralized finance model. Since then, the company has been developing in the DeFi segment and has made significant progress in this. According to DeFi Pulse, AAVE is in first place among all DeFi by blocked funds with a value of $1.5 billion.

It is a decentralized lending service. Lenders put their assets at interest, and borrowers receive loans at interest with collateral in the form of cryptocurrency assets. It is exactly the same thing as in Compound. However, AAVE has some significant differences:
- floating and fixed interest rates
- multi-collateral
- credit line transfer
- instant loans
- decentralized insurance fund

In traditional banking structures, a fixed interest rate prevails. If a traditional bank offers a floating rate, then with a high degree of probability, users will not want to work with them. It is why most banks enter into agreements with a fixed rate. They can do this due to the fact that they have sufficient money reserves for such operations and have reducing risks, accordingly.

In the world of cryptocurrencies, it is more complicated. The liquidity in the crypto market is hundreds and thousands of times less than of centralized structures. So, it becomes difficult to maintain a fixed rate. Because of this many DeFi have floating rates on both deposits and loans.

On the one hand, this can be good, as the profitability can increase, and the loan payment can decrease. But it can be the other way around.

Aave was one of the few DeFi projects to solve this problem and began offering fixed rates for both savers and borrowers. The team implemented this with the help of oracles, which collects interest rates from most credit services and calculates the average interest rate.

This is a strong competitive advantage that the team was able to realize in their project.

In order to get a loan, the user must make a deposit in the form of cryptocurrencies. It is the guarantee of the return of the loan funds. The collateral is always greater than the amount of the loan received. This method crypto lending companies are protecting itself from bankruptcy.

Aave was the first DeFi project that allows you to deposit many cryptocurrencies as collateral, and get a loan in one asset. It is a rather complex implementation in terms of blockchain technologies and smart contracts. Only a few projects were able to implement this option.

Multi-collateral is user-friendly. After all, he does not need to exchange all his assets into one. User can simply add different cryptocurrencies to the balance of the Aave smart contract without exchange.

When doing so, users sign a legal agreement that defines the terms of the loan, such as maturities and interest rates. For this, a system of smart contracts is used. The contract is automatically generated and gives more weight to the agreement. In case of non-fulfillment of the conditions, one user can sue the other if they are in the same jurisdiction.

This approach opens the door to large traditional investors. Such loans will have legal force and they can always be transferred to court proceedings in case of non-fulfillment of the agreement.

Instant loans are the ability to take loans without collateral. It would seem that this greatly increases the risk of no return, but the team thought how to except this variant.

Everything rests on the speed of repayment. Flash Loans allow you to take a loan and return it within one block (~ 10-15 seconds on the Ethereum blockchain). This function will be of interest primarily to those involved in arbitration or liquidation (other projects or large creditors). Speed is important here, and this is another new feature that no one has invented before Aave. For Flash Loans, the Aave team receives a commission of 0.3%.

Aave created an insurance fund to avoid the risks of slippage and liquidations. Unlike centralized exchanges, it is completely decentralized and is used according to strictly prescribed smart contract rules.

Also, Aave has its own token ETHLend (LEND), which allows you to vote on the development of the project. That is, the project is DeFi with decentralized protocol management or called DAO.

Aave has some key features that have allowed the project to take the lead in DeFi. Since the beginning of the year, the volume of blocked funds in this protocol has grown 100 times! The project does a lot for the convenience of users and allows you to earn good money with flexible interest on deposits. Every crypto enthusiast should definitely try using this service.