The energy management platform NS joined forces with the IZZZIO (iZ³) blockchain platform. The main concept of the NS project is energy efficiency, so when choosing a blockchain-based solution, the project’s team settled on a platform, the consensus algorithm of which does not require significant computing powers. 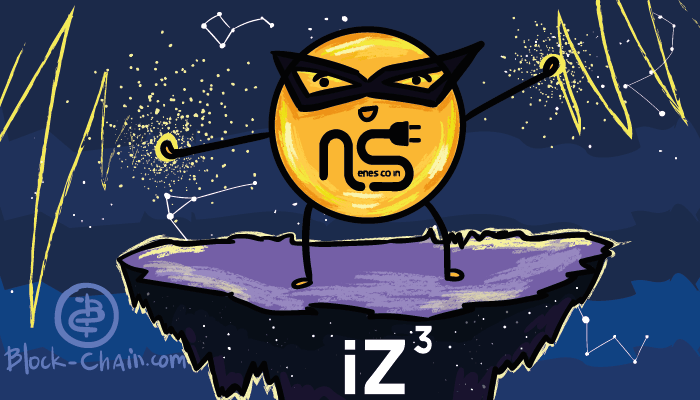 IZZZIO will power up the blockchain for NS

The NS platform will be launched on the basis of the source code of the IZZZIO platform using a consensus algorithm based on the confirmation of the generation time of the Limited Confidence Proof-of-Activity (LCPoA) block, which requires a small number of computational resources, as well as on the Proof of Authority system, in order to speed up the network.

To date, the main problem with blockchain is high energy cost: the PoW (Proof of Work) algorithm assumes the need for the miner to carry out an extended amount of work to find a new block. However, the higher the complexity of the blockchain network, the more work the equipment of the miners performs. Therefore, those tasks that could previously be performed on an ordinary computer can now only be carried out by mining farms that consume enormous amounts of electricity.

According to research conducted by Bloomberg New Energy Finance, the electricity consumption for bitcoin mining over the past year reached 37 gigawatt hours per day. This is equivalent to approximately 30 nuclear reactors with a capacity of 1.2 gigawatts, working at a maximum. However, these figures are probably calculated with a significant margin.

The basis of the LCPoA algorithm on the izzz.io platform is the Proof of Activity principle, that is based on solving a problem similar to the problem of the Proof of Work principle, however, with significantly reduced complexity. Thanks to this approach, the solution of the task takes from fractions of a second to several minutes. At the same time, the number of computational resources required for network operation, and, correspondingly, its energy cost, is much lower, in comparison with Proof of Work.

The algorithm is supplemented by the Confidence Restriction Function LC (Limited Confidence), which assumes a system for automatically creating control points within the blockchain, as well as checking the block generation time and reconciliation of the total network time. This system prohibits overwriting chains of blocks that are older than a certain threshold, which prevents any possible attack of 51% on the main part of the chain of blocks while maintaining a high level of security. The use of such a solution will allow the NS platform to take full advantage of the blockchain while minimizing energy costs in the network.

The LCPoA consensus algorithm (Proof of activity with limited confidence) was created in July 2017 by the izzz.io team, led by Andrey Nedobylsky - technical director. Currently, the algorithm is used only within the framework of the IZZZIO platform (iZ³), on the basis of the source code of the network which will be used by the NS platform. the iZ³ source code was developed and actively operates blockchain-based solutions for public health, industrial production, and other areas.

«Our technology combined with the development of the NS company will allow us to solve a number of main problems in the energy industry globally, by significantly optimizing the existing ecosystem» - commented Angelika Sheshunova, CEO of the IZZZIO blockchain platform.

The solutions that the platform can offer affect not only the segment of final consumers of electricity, be it households or larger participants, but also producers and regulators. According to Ian Koifmann, the introduction of the platform to the energy sector will reduce electricity prices by reducing the number of intermediaries, such as energy exchanges, suppliers of payment services, electricity sales and electricity companies. In many countries, the total amount of fees and surcharges of intermediaries in the calculation for electricity is at least 10%.

By using the NS technology of smart contracts, consumers will be able to pay for electricity automatically. To facilitate transactions in a decentralized network, payments between platform participants for electricity produced and consumed will be made in cryptographic tokens.

«The blockchain platform, created as a result of the project, will solve problems not only in the energy sector but in the entire housing and communal sector,» says project founder Ian Koifmann. «In the long term, the scaling up of the «smart» NS blockchain platform will make it possible to use it as an effective solution for energy supply, water supply, gas supply, the heat supply for individual households and entire cities.»

It should be reminded, that in March, the «smart» NS blockchain platform for electric power management became one of the participants of the accelerated program of the Power & Energy track of the start-accelerator GenerationS from a Russian venture company.