An Ethereum Hotel opens in China

Despite the existing national crypto ban, Chinese entrepreneurs keep their spirits up and don’t back down, supporting the industry as far as possible. This ban has become a meme and shut down token exchanges won’t be forgotten easily, but there definitely is something going. 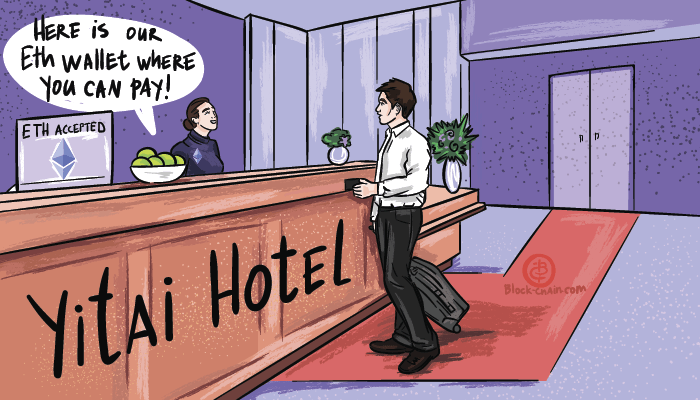 Eth is welcome for payment in this Hotel

After the “Bitcoin Girl” documentary, there is another big headline: now there is a hotel in China accepting cryptocurrency payments in Ethereum. As claimed, this is the first project of this type in the country.

The hotel is called “Yitai” which can be translated as “Ethereum Hotel” and it is designed for 50 rooms, also having a splendid swimming pool, some gyms and conference halls. It is located in Ngawa, one of the most popular touristic sites in the country. It was learned that the owners of the hotel accepting Ethereum work in the crypto and blockchain industry, believe in the power of the technological progress and decentralization and want people to know more about it.

We still don’t know anything about the local authorities’ response which eventually cannot be positive because of the existing crypto ban. However, cnLedger, a Chinese cryptonian, says the following about it:

Therefore, the situation is controversial and we can only wait for the Chinese authorities to fix these regulatory uncertainties which cause many issues.