Australia plans to automate the payment of bills by cryptocurrency

Cointree crypto exchange and provider Gobbill have entered into an agreement to enable users of both platforms to pay their accounts with cryptocurrency, even if the seller / supplier does not accept it. In addition, Gobbill users will be able to bind a crypto wallet to their account and automatically pay bills in the digital currency. 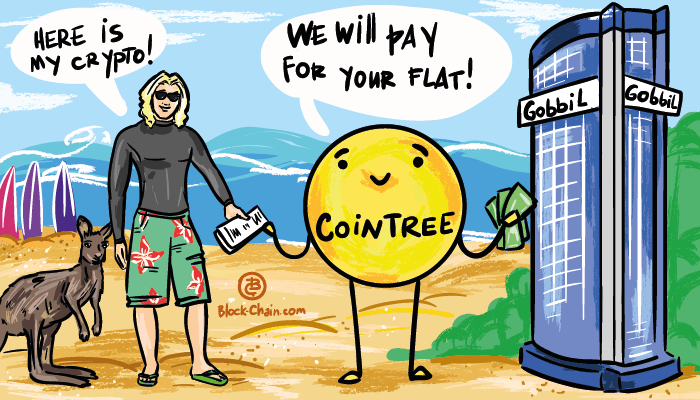 Yours crypto gets the tax bill paid!

The service is primarily targeted at small businesses and households. According to the partnership, Gobbill will act as an intermediary, accepting users' funds and making payment on their behalf.

Clients of both platforms will be able to pay for goods and services with digital assets stored in the Cointree wallet. Currently, the exchange supports 40 cryptocurrencies, including BTC, ETH, XRP, NEO, and LTC. According to the Gobbill co-founder and CEO Shendon Ewans, the initiative is aimed at meeting the existing and expected demand.

It should be noticed, that previously the government of the Australian state of Queensland decided to attract tourists by expanding the possibility of paying for goods and services with cryptocurrencies. However, according to a study by Chainalysis, the volume of payments in bitcoins after the top level of September 2017 of $ 411 million decreased five times to a minimum of $ 60 million in May.