Just a couple of days ago there were some news that bitcoin mining is 20 times cheaper than gold mining and, apparently, people decided to take advantage of it. Now the crypto industry has another thing to celebrate, as the latest reports say that Bitcoin processes more transaction value than Visa. 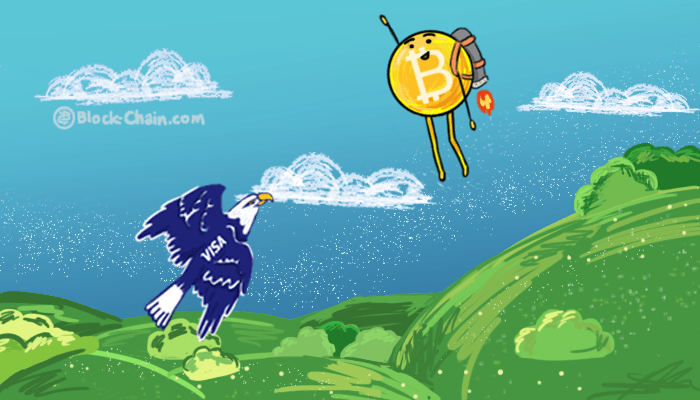 Bitcoin value of transactions got higher than Visa has

The data came from Bitcoincharts, Bitstamp and BC.I. and the figures show that more than $2.4 trillion USD has been sent this year. Meanwhile the Visa system only managed to handle transactions of $1.3 trillion USD per year, making the world’s first cryptocurrency twice more voluminous.

This result was produced despite the relentless bear storm that the cryptomarket has been battling this year, losing up to 80% of its value in just a period of 10 months. And now, in spite of this record, dynamics show no good, as the Bitcoin is now trading at $6342 USD and is dropping by 2.39%

It was also announced just a month ago that Bitcoin had overcome PayPal, a worldwide online payments system. This implies that the marketplace for cryptocurrencies is huge and people are willing to use it even if there is some price deterioration.