Bithumb suspends the exchange services “to make sure the security”

Bithumb cryptocurrency exchange, a major exchange in South Korea and world’s sixth largest exchange by trading volume, has now temporarily stopped its deposit and withdrawal services, as stated on their official Twitter account. Customers are advised not to deposit any funds into Bithumb wallet addresses, presumably due to possible hack on the exchange. 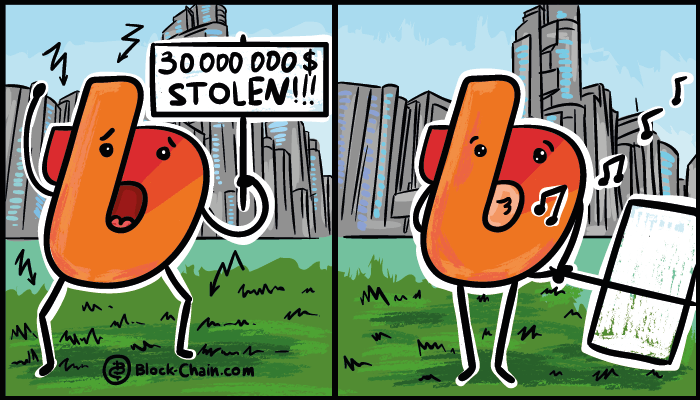 Stolen! What is stolen?

In an earlier tweet on the Bithumb account which seems to be deleted now, it was stated that around $31 million was stolen in the hacker attack, and a promise to cover all the losses of Bithumb clients. Disappeared tweet insinuated the doubts in the crypto community.

Some people claim that it was a fake attack organized by the insiders. The fact that Bithumb has a $28 million tax bill to pay is raising the suspicions. Others believe that the prominent exchange with daily trade volume over $374 million would not be willing to harm their reputation for $30 million. Among other opinions are “potential twitter account takeover”, or “the amount of hack more than $31 million”.