It was officially announced June 19th that in the coming weeks notorious Blockchain.info would be turned into Blockchain.com, which will make it seamless for the website’s clients to access all products through one web experience. 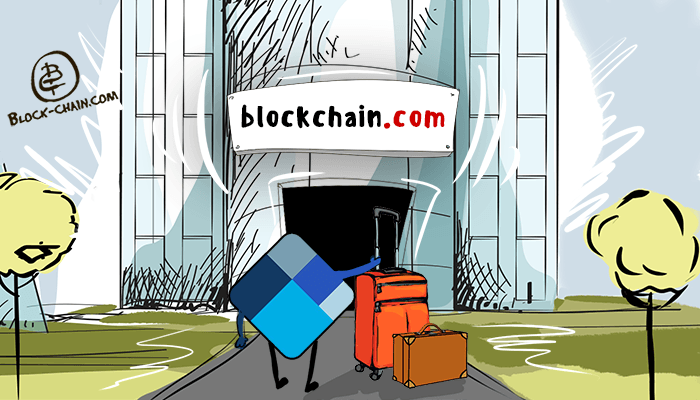 Blockchain.info is a bitcoin block explorer service launched in 2011, which also offers clients an opportunity to use it as a cryptocurrency wallet supporting major digital assets, including bitcoin, bitcoin cash, and Ethereum. Moreover, the platform provides such information as Bitcoin data charts, stats, and market data. Future Blockchain.com launched its app for Android users, allowing customers to send and receive bitcoins securely, and its success allowed developers to acquire ZeroBlock LLC, makers of the top mobile bitcoin app.

In 2013 the platform became the world’s most visited bitcoin website, as it attracted over 3 million unique visitors. In 2014 the app was added in the AppStore, and at the same time, the platform has become one of the first major bitcoin wallets with a dedicated hidden service on the Tor network. A while after that the company announced “Dynamic Fees” on transactions within its wallets.

Seven years after it was launched, Blockchain.info claims to be the oldest and the most established company in the crypto industry, since 25 million users invest in and store leading cryptos, with access to analyze the currencies via markets page. However, as the company states, there is a lot of work to do. It aims to make it easier for developers to build on top of the blockchain and to meet the ever-changing needs of the users.

Before creating new products, Blockchain.info admits, it should simplify the way for its clients to interact with the platform. This is why this step has to be taken - later this month, all the pages of the old website will be consolidated under the new domain Blockchain.com, which will be the one and only. In the coming weeks, we will be able to access all the .info’s features from blockchain.com, and, as the company claims, “we’ll only have one place to go for all of our crypto needs, instead of two”. Beyond that, a fresh new look will be rolled out along with the domain’s change.

The domain transfer is elaborated and well-prepared, which is why when the move happens, clients won’t have to worry about anything. When the migration is over, the URL used to access the wallet, the explorer and all other pages will be located on blockchain.com.