Block.one has raised a record $4 billion after one year- long ICO

On June 1 the Block.one, developer of EOS.IO, software with architecture that allows scaling of decentralized applications, has finished its initial coin offering (ICO). The acquired amount is $4 billion, which is more than 7.2 million ETH and equal to 7.22% of the whole ETH supply. That makes it the biggest ICO in history, outrunning previous record holder Telegram&TON Inc. ($1.7 billion). 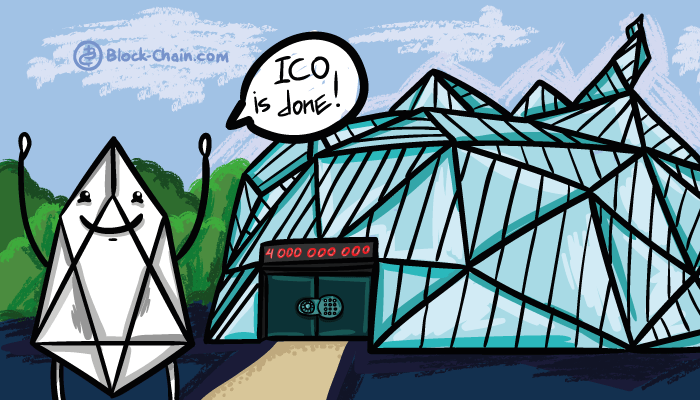 The same day the Block.one has released the first version of their open source blockchain software – EOS.IO 1.0, as it is stated on their webpage. According to the project’s white paper, the application has a potential to handle millions of transactions per second, eliminates user fees and allows easy deployment of decentralized applications. The system possesses delegated proof-of-stake as a consensus mechanism.

There is little information about how the company will spend the money. At least $1 billion will be allocated towards a venture partnership for initiation of third-party development on the platform. EOS.IO together with TRON are now legitimate raising competitors of Etherium, which so far can handle only 15 transactions per second.

A couple of days ago after some vulnerabilities of the EOS.IO network were discovered, the EOS token price dropped by 7% in less than an hour.