Vitalik Buterin, the father of the second-largest cryptocurrency Ethereum, visited a research forum this Sunday and gave some comments on the future of his brainchild. As he stated, a new form of cryptography pioneered by zcash might potentially help scale Ethereum “by a huge amount” and, therefore, help to solve some of its problems. 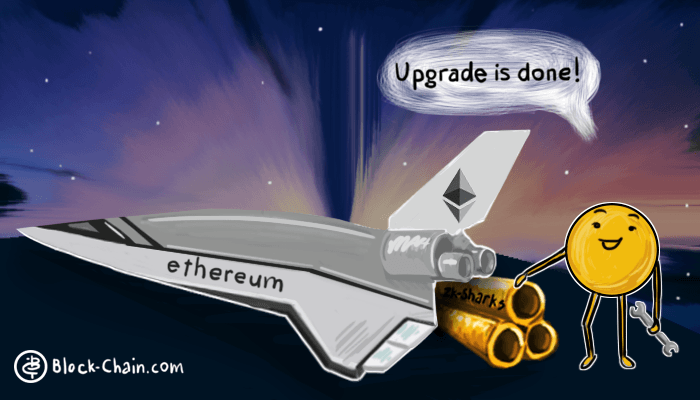 Ethereum is ready to fly up again?

The debates about scaling and providing a better throughput than the current one for the Ethereum network have been going for quite a while now. Some crypto enthusiasts even insisted that the existing 15-25 transactions per second (tps) might bring the cryptocurrency down, as other new and faster blockchain projects keep developing. There industry used to count three methods to increase this number, including sharding, raiden and plasma. But now, apparently, we are about to see a fourth approach to the problem.

Buterin wrote that a technology called zk-snarks might help ETH scale up to 500 transactions per second without using layer-two scaling solutions like aforementioned ways. These zk-snarks help to compress large batches of data into so-called succinct proofs which don’t change their size no matter how big is import. He elaborated:

"We can actually scale asset transfer transactions on ethereum by a huge amount, without using layer 2s that introduce liveness assumptions (eg. channels, plasma), by using zk-SNARKs to mass-validate transactions."