And once again, imagination and resourcefulness of Chinese people know no borders. This time, South China Morning Post reported on September 8th, that the country’s traders have found a way to engage in the ‘forbidden act’ via the Tether stablecoin and virtual private networks (VPNs). 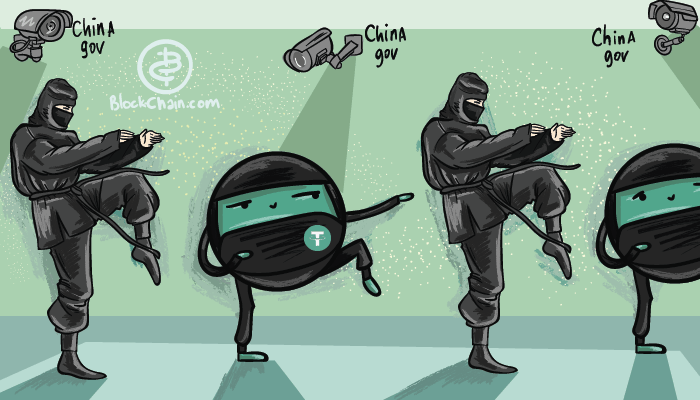 According to the source, although the Chinese authorities have implemented the ICO ban, the national cryptomarket is still dynamic as most exchanges have found multiple ways to circumvent the blockade, which include moving the servers outside the nation, creating new domain names and even registering the business outside the Chinese territory.

Bitcoin traders, for their part, tend to practice peer-to-peer trading by using Tether still, VPNs and utilising exchanges as overseers of transactions.

Basically, the process of bypassing the ban works the same way people sell their products on e-commerce sites, as two people with their KYC procedures completed with the exchange platform exchange their fiat money for Tether. Usually, it is transferred through third party payment processors or bank accounts and once the operation is confirmed, know are sent to the trader’s account will further be able to trade using the scheme crypto-crypto on every exchange using VPN.