Chinese dApp project TRON about to launch own MainNet, may become the world’s biggest dApp platform

TRON (TRX), a project aimed to develop decentralized Internet and its infrastructure, is about to launch its network on May 31st. All of the TRON’s tokens will migrate from ERC20 to TRX after the successful launch, and the migration is awaited to be finished by June 21. 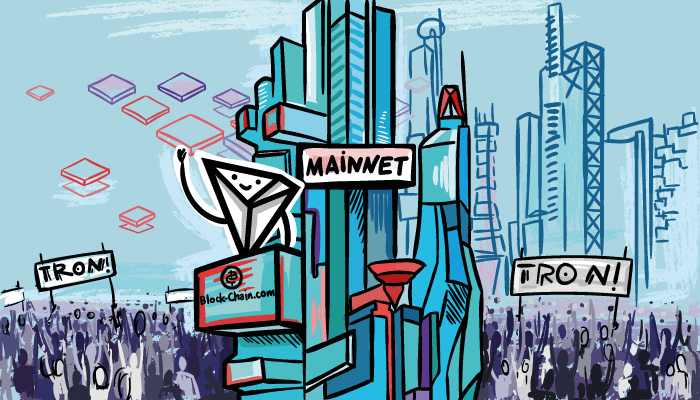 TRON has already launched its Virtual Machine on May 25th as planned. It is developed for TRON’s network and dedicated to provide millions of developers with efficient and stable tools. The Virtual machine is compatible with Ethereum Virtual Machine so that the smart contracts can be developed in a Remix environment with Solidity and other languages.

TRON is a very ambitious project with the team of more than 100 members of different nationalities, some of them were previously employed at IBM, Alibaba, Tencent and Baidu. The digital currency TRX is currently being traded at $0.066. People from the TRON community believe that the cryptocurrency value will jump after the launch of TRON’s blockchain. Many cryptocurrency exchanges are supporting the TRON upgrade and migration of their tokens, including Bittrex, Binance, Upbit, RichtBTC (around 20 exchanges in total).

Today one of the world’s leading cryptocurrency trading platforms, OKEX, has also joined the list, as it is stated in the TRON twitter account. The TRON’s CEO Justin Sun has set the aim to be in the top 6 cryptocurrencies globally (now ranked as 9th). In his Twitter account, Justin writes “watch us take the world by storm,” and “It will be a serious challenge for Ethereum.” He claims that TRON is better than Etherium, naming TRON’s advantages over Ethereum such as the number of transactions per second (10,000 TRON vs. 25 Ethereum) and Ethereum’s high fees while TRON doesn’t have any.

Far beyond just being another crypto

Many analysts believe that TRON, a young project founded in 2017 in Singapore, has a potential to compete with leading cryptos after the migration on its net. TRON has already approved the net concept by running a TestNet, and the results seem to be satisfying. The TRON’s blockchain network has a potential to be scaled to a gaming platform, and TRON has already partnered with game.com aiming to expand in the gaming industry.

Another awaited event is the TRON’s “Super Representative Elections” which is planned on 26th of June. As the basis for a self-governed community with a general election procedure, 27 SRs will be elected. Among participants are big names from the industry like RightBTC, ChainDD, OK Blockchain Capital, etc. The token migration itself is scheduled for June 21