Baidu Inc. (BIDU), Chinese internet search giant, sometimes even considered to be China’s Google, has officially launched its own blockchain-based token. The announcement was made by the firm on Wednesday during a press conference held in Beijing. 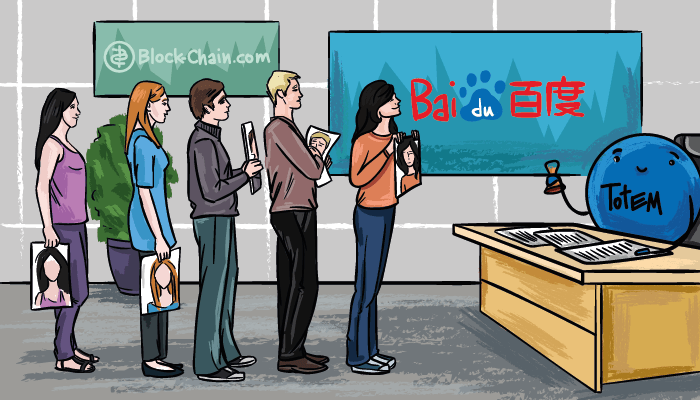 The token called Totem Point is linked to Totem, the company’s photo validating and sharing platform, and now both are live, marking the first blockchain application released on Baidu’s private XuperChain network.

Announced by Baidu in April, Totem Service was termed as a unique offering, allowing its clients to protect their intellectual property rights on the original photos they submit on the blockchain. However, the released token came as a surprise, as no mention of it was generated.

This innovation works by encouraging and incentivizing both individual users and institutions to upload original photos on the platform. The company will initially generate 4 billion tokens that will have an annual inflation rate of 4,5%, increasing its value over time. According to the white paper revealed on July 18th, the quantity of tokens awarded will depend on characteristics such as the quantity and quality of the images that user submits.

Still, there are some uncertainties, as it remains unclear whether the Totem token can be traded for cash or other cryptos. Moreover, although Baidu stated that the token could be used across XuperChain network applications, its full use case scenarios are not spelled out.

As the company said, as soon as users uploads their original images through the app, its originality is being validated by participating nods such as copyright protection companies and third party photo stock agents. If the image meets the requirements, the nodes timestamp its critical information, store it on the blockchain and therefore produce verifiable data.

This is not the first Baidu’s move in the blockchain and crypto industry. Back in January, the company launched its own blockchain-based platform Baidu Trust, offering a wide range of financial services with a high level of security. These moves are relatively bold, as the trade and use of cryptocurrencies are banned in China.