German Commerzbank and steel conglomerate ThyssenKrupp have made a 500,000 euros exchange deal on Wednesday, confirming the transaction via blockchain. 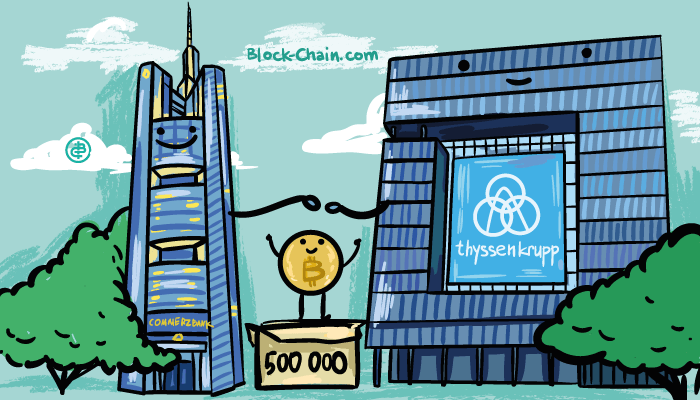 “Reconciliation is a major issue for banks when trading FX. Significant resources are dedicated to resolving the issues that occur during the matching process. This deal demonstrates how the use of distributed ledger can transform and digitalize the processes in this space. Commerzbank is pleased to be working with ThyssenKrupp on this deal and developing digital banking solutions for corporates further”.

This is the first blockchain corporate deal involving a large German company. As it is stated on the press release of Commerzbank, the importance of this achievement is that the implementation of the blockchain technology allows to get rid of the manual synchronization between the client and the bank.

For the bank, the accomplished verification is the evidence that the technology could shrink time, fees and risks associated with FX transactions. However, for complete adoption of the technology and before accessing all its benefits, the technical, regulatory and legal requirements need to develop further, pointed out in the press release.