Binance, an eight-month-old startup and a leading cryptocurrency exchange with about 10 million users, has shown the profit values for Q1 2018 that are equal to those of Nasdaq - the second-largest stock exchange in the world. The comparison was recently made by Dovey Wan, managing Director of the Danhua Capital venture fund. 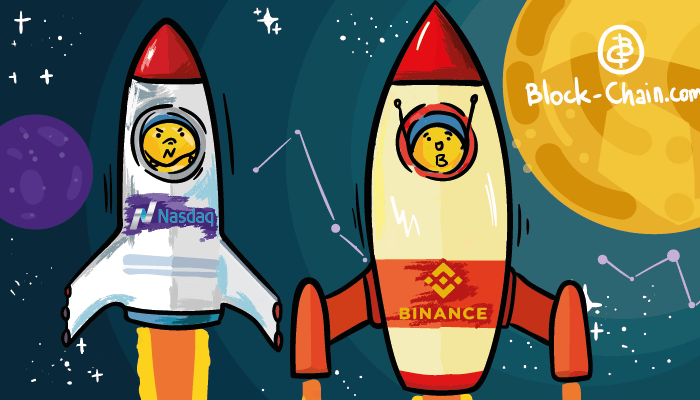 Binance appears to be as profitable as Nasdaq

Ms. Wan also pointed out in her tweet that the Binance has just 200 employees while Nasdaq has 4500 and Deutsche Bank has 100,000, emphasizing that a young crypto exchange outperforms financial giants that have long history behind them. In Q1 2018, the profit of Binance reached $200 million against Nasdaq’s $209 million and Deutsche Bank’s $146 million.

“Binance now has like 300ish employees, NO headquarter, NO central campus, even the founders are constantly on the move intercontinentally. The friction of communication has to be tiny in order to get things done in such fashion which is unbelievable for traditional corp structure,”

Binance originally was founded in China, then moved headquarters to Japan. In March 2018 the company had to relocate to Malta, after warning of Japan’s Financial Services Authority. Binance is continually expanding: in July it announced launching a trading platform in Uganda, and earlier this month – launching a fiat-to-crypto exchange in Liechtenstein.

Earlier this year Binance has also partnered with the government of Bermuda, after country has set its goals to become the blockchain innovation hub.