As it was announced previously, at least two major exchanges have stated their intent to back away from Asia, in general, and Hong Kong in particular since the beginning of the year. Regulatory prohibitions and volatility were mentioned as the main causes. 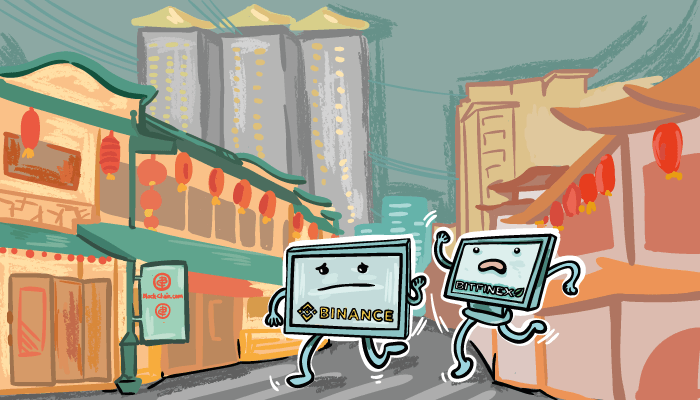 In April, Binance, which is considered to be one of the largest international cryptocurrency exchanges, announced its intentions to relocate their headquarters from Hong Kong, to more blockchain friendly Malta. The decision was made after the exchange faced difficulties to operate under Asian governments’ stronghold. In March, the Financial Services Agency of Japan said Binance was operating in Japan without registration and judged that investors could suffer losses which caused investors to panic. It was claimed that the exchanges seriously lack regulation and transparency, since it only requires an email address from its clients to open accounts and begin trading. This warning was one of the numerous obstacles and government threats released previously.

Another exchange, Hong Kong-headquartered Bitfinex, also announced in March that it is planning to move operations to Switzerland since it offers such benefits as favorable regulations, auspicious startup community and the recognition of blockchain. These relocations are understandable, since the recent suppression of crypto exchanges in Asia started to gain momentum. In January, Hong Kong’s Securities and Futures Commission (SFC) released a circular warning investors about the danger of Bitcoin futures and other cryptocurrency-related products, as they are believed to have such potential risks such as high volatility and illiquidity.

After this warning, the regulator halted an initial coin offering issued by Black Cell Technology Limited, a Hong Kong-headquartered marketplace startup and ordered the issuer to refund its investors. This accident occurred in April and was the first time a Hong Kong regulator has blocked an ICO.

In addition to Hong Kong’s regulation actions, mainland China forced dome exchanges to shut down in 2017. Japan regulators also started to take harsh measures against crypto exchanges as the country’s Financial Services Agency released a warning to some of them and shortly afterward Coincheck, based in Japan, suffered the loss of $530 billion worth of clients’ digital coins in January. Accordingly, to cease exchanges from leaving the region, Asian governments have to review its policy of digital assets.