The King of Crypto John McAfee, the founder of the same name antivirus known for his crypto predictions and the recent launch of the revolutionary fiat backed by cryptocurrency, claims to have stopped working with ICOs. 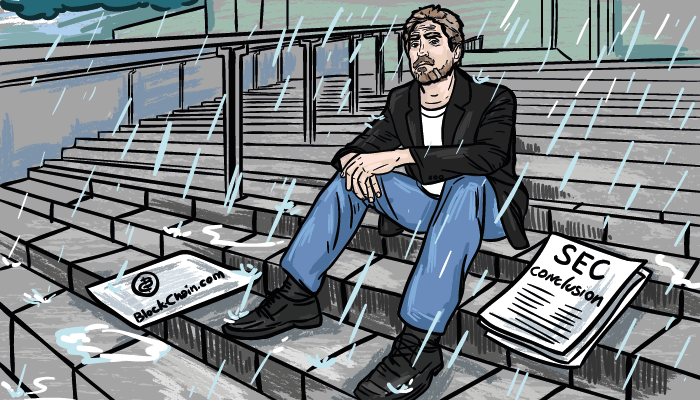 Cryptocurrency guru is notorious for his eccentric comments on digital assets, such as a promise to “eat my d-k” in case the bitcoin doesn’t reach $1 million by 2020, and several hours ago he officially announced through his Twitter account that he ceases his promotion of initial coin offerings. The reason of that, as he stated, is pressure from the U.S. Securities and Exchange Commission (SEC):

“Due to SEC threats, I am no longer working with ICOs nor am I recommending them, and those doing ICOs can all look forward to arresting. It is unjust, but it is the reality. I am writing an article on an equivalent alternative to ICOs which the SEC cannot touch. Please have Patience.”

The SEC has issued warnings to certain celebrities that the enforcement actions may be incurred if they keep promoting fraudulent ICOs and disrupting other securities regulations such as disclosure requirements for paid endorsements.

McAfee, due to his impact, through his ICO advisory service claims that the analyst charged $500,000; meanwhile, his website states a sum of $105,000. Moreover, he revealed his intentions to run for president in 2020 and to serve as a spokesman for the crypto community, either in the Libertarian Party or his political party.

A month ago an ICO endorsed by McAfee faced problems, as there was evidence that the project’s website content and white paper was plagiarized from another platform.

In this case, McAfee seems to be a scapegoat for SEC. It is clear now that the agency is tightening its grip on crypto regulation, and this threat is just a small step in the direction of preventing such actions.