As news.Bitcoin.com reported back in April, there appeared a new charity aimed at feeding disadvantaged Venezuelan citizens and their children. The group was called ‘Eat BCH’ and has been getting a significant amount of bitcoin cash ‘BCH’ donations to feed the hungry in the countries with a troubled economy. 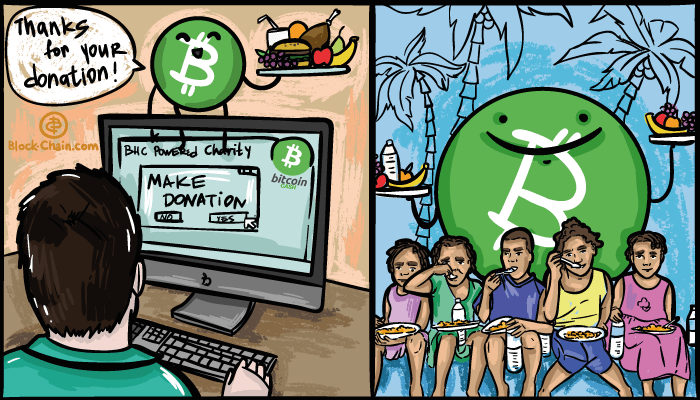 he Venezuelan economy’s problems as hyperinflation and turbulent economy have left ordinary people living on the streets and starving. Over the year since the situation in the country has continued to worsen, people started to use cryptocurrency to help the citizens in the region and well-wishers from all around the world have been donating to Venezuelans in need. ‘Eat BCH’ has been collecting bitcoin cash donations and therefore has been using them to purchase food and feed the people in need. The charity regularly reports its actions and shows pictures of adults and children getting all kinds of food, paid by bitcoin cash. It has signed up for the account on Twitter where people could monitor progress.

So far ‘Eat BCH’ team has received 16,84 BCH or $18,427 USD and each cent was spent on help. Now the charity is helping people in South Sudan, which is located in East-Central Africa and is facing certain economic difficulties right now. The people in this region have efficient lack of clean water, adequate food and, in fact, money. South Sudan is currently dealing with such problems as civil war and over the past few weeks, social media has been reporting of horrific accidents including people being burnt alive in their houses and being indiscriminately killed. Therefore, ‘Eat BCH’ charity has decided to provide help to individuals and families from the region and to focus their efforts on feeding people living in this territory this week.

The first day of the program was on May 31st and, as the charity reports, over 50 people came for food that rainy day. ‘Eat BCH’ demonstrates pictures of hungry Sudanese people being fed for the past three days who seem to be pleased to get warm meal like lentils and rice. The South Sudanese pound is now facing 11,000 percent inflation, ‘Eat BCH’ emphasized, and this is why the utility of bitcoin cash is extremely emerging. In fact, the crypto technology is really able to help people in need and this project shows not only what it’s possible to do with tokens but also the generosity of the crypto community.