Google Play removes Bitcoin.com and some other crypto wallets

As it was noticed by the Reddit users, a cryptocurrency wallet Bitcoin.com suddenly disappeared from Google Play. Now, if users try to follow the link, they immediately receive a message saying that the requested URL wasn’t found on this server. 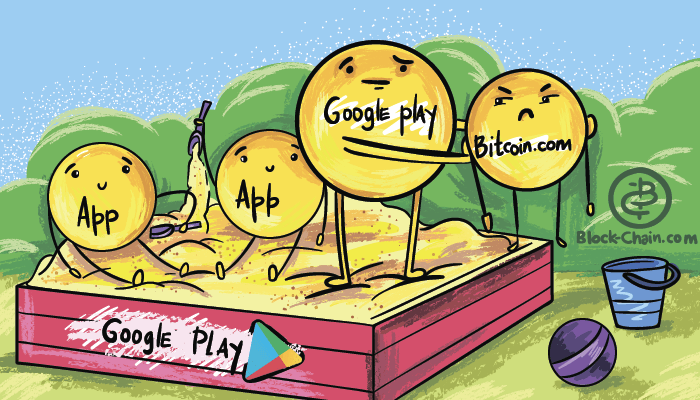 Noteworthy, Internet users can easily find numerous messages sharing negative experience with the application and calling for rating the wallet negatively on Google Play. The reason of such action is that, factually, Bitcoin.com was deceiving its users, positioning itself as a bitcoin wallet and then offering token named Bitcoin Cash as the first option. Therefore, new users were misinformed.

It was learned that Bitpay, a crypto wallet with over 100,000 downloads on the and calling with fairly good reviews, and Copay wallet also went missing but can be seen in a cashed version of Google. There were no reports of data leakages or serious hacks, both wallets show high level of clients satisfaction. Roger Ver, crypto enthusiast investing in both Bitcoin.com and BitPay startups, stated on Reddit that wallets were removed for the reason that they might have been disturbing crypto mining apps.

As it was announced, Bitcoin.com should be back later today. Soon after it was revealed that the applications disappeared, the Reddit users started the investigation, developing conspiracy theories. Some assumed that, as Bitcoin and Bitcoin Cash transactions were allowed on all three wallets, it was a planned attack on these tokens.