ICOs market celebrates its new records, but what about the casualties?

We all see that the crypto industry sets high standards for cryptocurrencies and tokens, and the statistic shows that not all of them can meet the requirements since an unexpectedly large amount of projects shut down. 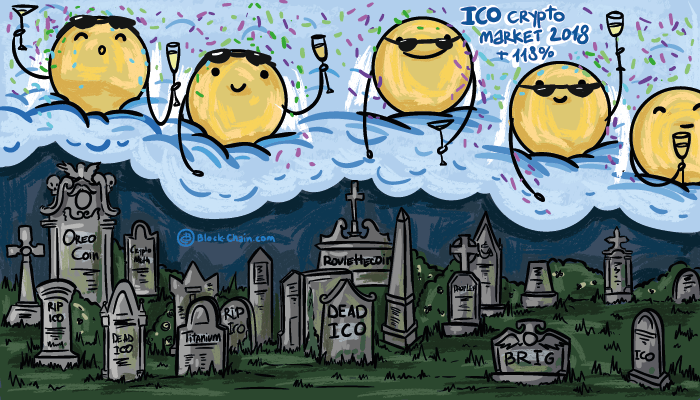 Coinopsy and Dead Coins, digital assets tracking websites, have gathered some information and, according to the sources, near 1,000 cryptocurrency projects are abandoned, among them are those with no development in their protocol and outright scams, including BRIG, created by Jay and Jack Brig.

All the currencies, marked as ‘dead’, have raised in total billions of dollars worth of bitcoin and ether. Bloomberg highlighted the situation, and the news agency outlined that, although global law enforcement controls the legitimacy of tokens amateur investors make significant investments in untrustworthy coins.

This impulsive closure is seemingly a direct consequence of the failed ICO-backed projects launched by startups desiring massive funding. Another reason could be the regulatory actions taken against ICO in order to avoid frauds and scams. According to Bloomberg, around 80% of ICOs were scams, and another 10% were too weak and failed after raising funds.

So, does it mean that the initial coin offerings market is a temporary phenomenon, unstable and weakening? As per data collated by CoinDesk, the market is dynamically developing. In the first three months of this year, ICOs raised more money than the whole of 2017 and at $6,3 billion the funding was 118% of the total. Noteworthy, both the size of the average funding round and project funding are higher than ever. In the first quarter of 2018, there was 59% as many initial coin offerings as in all of the last year receive capital.

Therefore, the worries are groundless. Although ICOs market slightly differs from one described by Adam Smith, the mechanism is basically the same and discovered laws are still applied to it. It is constantly renewing, eliminating uncompetitive elements, and the data shows that the numbers of launched and shut down crypto projects are comparable.