India's crypto regulation framework might be ready by September

It looks like India is about to see crypto crypto-rupees - according to The New Indian Express, detailed cryptocurrency guidelines are expected to be issued by September. As it was reported, stakeholders, including the Reserve Bank of India (RBI), the Securities and Exchange Board of India (SEBI) and the Internet and Mobile Association of India (IAMAI), have already started to give consultations. 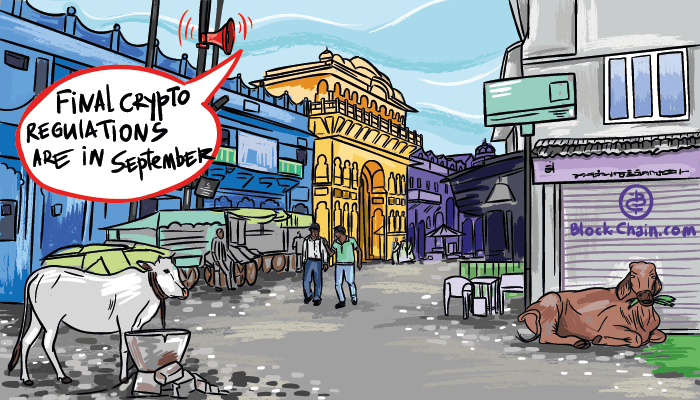 Indias country crypto ban might be changed for good

Now, the country’s government has finished drafting the regulatory framework for cryptos. An unnamed senior official from India’s Ministry of Finance informed the news outlet:

“ The draft is ready, and consultation is on with all the stakeholders…before coming up with the final paper. We expect it to be ready by September.”

This announcement follows the statement made in June by Subhash Garg, the Economic Affairs Secretary, claiming that this draft-law would be ready by the middle of July.

Despite the delay, the framework is a great step forward for Indian crypto community, since, in April of this year, RBI declared its decision to stop providing services to individuals and businesses dealing with cryptocurrencies because of high risks. The Supreme Court’s final hearing will be held on September.

Although it is not officially confirmed how cryptocurrency will be regulated, some sources indicate it will be regulated as a commodity. It is highly unlikely that cryptos will be banned altogether, and the issue here is about regulating the trade and where the money comes from. Allowing it as a commodity would allow to regulate it in the best way, said the aforementioned source.