Is cloud mining dead or alive?

It’s common knowledge that over the past few years cryptocurrencies, and especially Bitcoin, have been enormously growing in value and popularity, with their functionality continually extending. Their growing attractiveness gave a serious impetus to the development of cryptocurrency mining which can be explained as a process of cryptographic calculations. 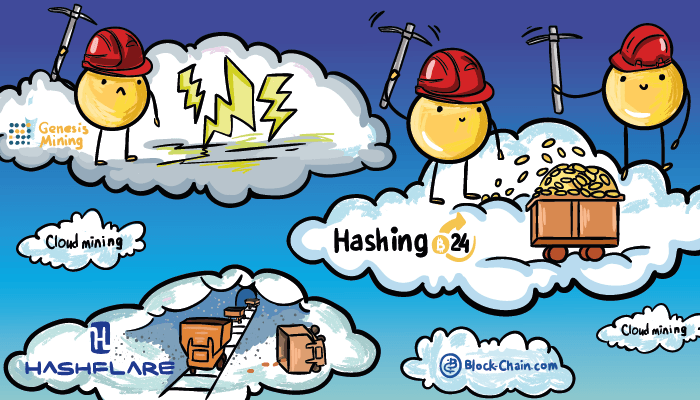 Generally speaking, miners get a reward in BTC or other cryptos for creating blocks of validated transactions and then putting them in the blockchain. There are lots of ways, but almost all of them demand considerable costs of computational capacity, power expenses and time, since the longer bitcoin is mined, the more power the mining needs.

This is why cloud mining, using dedicated cloud services during the process, quickly gained popularity. You literally lease a mining farm to mine cryptocurrencies and pay a fixed fee for this. You don’t have to buy the expensive equipment, spend your time at adjusting it or pay for the electricity, people who lend you space take care of it. Moreover, the risk of setup and management entirely rests with the host company.

Of course, it’s not all rosy, and pretty soon the difficulties appeared. Every new block of a cryptocurrency becomes harder to mine and, with cloud mining, the difficulty of calculating the hashes scaled too fast. The process has become relatively lengthy, and miners who wanted quick money were disappointed. When the crypto market lost cloud mining has lost a decent amount of its total value, the cryptocurrencies dropped, and the cloud mining lost its appeal and became ineffective.

To overcome the consequences, many cloud mining companies, including the biggest ones such as Genesis or Hashflare, decreased their daily payouts. These actions made their clients worry since payouts now are below the maintenance fee and users don’t make any returns on their investments anymore. Hashflare even stopped offering contracts anymore.

Luckily, there is an exception, a company that managed to accommodate the market. Hashing24 made the contracts fairly cheaper, leaving their clients with significantly positive rates of return. The company reduced the level of service charges, pursuing loyal service and pricing policies. Attractive prices for electricity and maintenance, fair hash prices and transparency keep Hashing24 afloat and make it primarily the only cloud mining company profitable for users in the present circumstances.