Whilst private crypto-coins are becoming more and more popular, Japan Financial Services Agency (FSA) of Japan announced that it will ban all cryptocurrencies that provide users a significant degree of anonymity, reports CoinDesk. 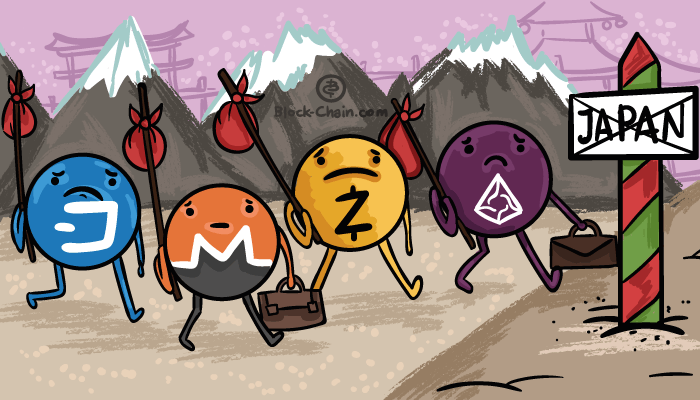 Private cryptocurrencies have no more place in Japan

According to the source, the ban will enter into force on June 18th this year and will impact trading several major cryptocurrencies that offer some privacy features, and the list includes Monero (XMR), Dash (DASH), Augur's reputation token (REP), and ZCash (ZEC). As all the cryptocurrency exchanges in the country are under the purview of the Japanese FSA, many of them are shutting transactions of private crypto-coins.

As it was stated, the main reason for that was the regulator’s goal of deterring illegal activities in the cryptocurrency marketplace. This would have a decisive impact on the area and on the commercial ecosystem of the crypto world. The regulator’s decision follows the hacker attack on CoinCheck, a Japanese cryptocurrency exchange, which led to the theft of cryptocurrency equal to $400 million. Because of the currency’s private features, it was difficult for authorities to track the intruders who have managed to launder the money.

While regulators are guided by good intentions, an efficient part of the crypto community believes that privacy doesn’t separately lead to bad consequences but is being made a scapegoat. Loss of anonymity would lead to many cryptocurrencies losing their appeal that causes their wide adoption. Therefore, new ICO will face difficulties with finding a suitable marketplace, as exchanges would fear the ban and avoid listing them.

Although Japan has been among the first nations to accept cryptocurrencies the country in particular and the Asian region, in general, have been lately applying crypto regulatory prohibitions. It caused several major crypto exchanges to relocate their headquarters to other places, more crypto-friendly.