In the wake of the hype, many got carried away by DeFi, but for some reason, everyone forgot about the very first and oldest project - MakerDAO. But it was he who became the pioneer of this direction back in 2017. 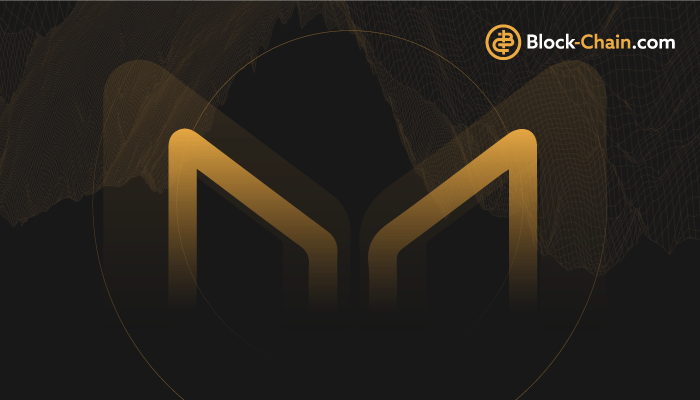 Certainly, DeFi has become the main trend of 2020th. The main wave of hype began in May 2020 after the Bitcoin halving. At this time, the community was confused and did not know what to expect from Bitcoin and the crypto industry. The answer to this challenge came from Compound, and it was pretty quick. The team just issued their token and introduced the concept of Yield Farming. After that, new DeFi projects began to appear every day. But everyone forgot about MakerDAO. We will remind you about it.

MakerDAO is a decentralized platform for creating stablecoin DAI, which collateral by cryptocurrency, with the decentralized autonomous organization (DAO). It means that with the help of the project, everyone can issue their own stablecoin with Ethereum as collateral. Thanks to this, all doubts about the security of stablecoins disappear, since everything transactions can be tracked on the blockchain.

It is a very important feature that the team thought even before they heard about the typical problems of stablecoins. It was only after the rise and fall of Bitcoin price in 2017 the crypto community began to realize that not all centralized stablecoins have 1:1 collateral. The main example was Tether, which still uncontrollably issued new tokens on different blockchains and does not allow auditors to access its vault to assess the volume of funds.

At the same time, the creation of DAI is an opportunity to take out a simple loan secured in cryptocurrency. You can send Ethereum to a smart contract that converts it into collateral and creates a stablecoin. Then you can take the generated DAI, withdrew it, and use it as you like. As soon as you decide to return the pledged ETH, then simply deposit the DAI back to the smart contract and pay a small percentage (3% - 5% APY).

This feature became especially relevant during the bear market. At a time like this, people don't want to sell a cryptocurrency, but they need money. Then they can just put coins as in a usual pawnshop and use the funds received. A huge plus is that all these operations are completely decentralized and executed using smart contracts. No intermediaries are required to execute this scheme.

Another important property of the project is its cryptocurrency - Maker (MKR). It was issued in the amount of 1 million coins and it is impossible to mining it, it can only be purchased on exchanges, including DEX. MKR is not just a regular cryptocurrency that displays the cost of a project, but also a project share. Each MKR owner gets the right to manage the project in proportion to his share. Maker owners can propose changes for the project, vote for them and receive a share of the profits. All this looks like a standard public company, but only completely decentralized - DAO.

When you pledge Ethereum, you get the Dai stablecoin pegged 1:1 to the dollar, but not ETH. To receive a certain amount of Dai, you need to deposit at least 150% of the collateral in the ETH equivalent. This is the project's insurance against non-payment of the loan.

When you decide to repay the loan, then you just need to return all the DAI that you received + interest by them. The annual interest rates for DAI have been the lowest for a long time and are still among the leaders in this indicator at the moment.

Initially, this seemed like bad conditions. But over time, the crypto community understood that these conditions are good. Thanks to them collateral is defending from liquidation due high volatility on crypto market. Besides, it allows not to get approvals from banks, there is no need to collect certificates for a loan and this does not affect the credit history in any way. Everything is completely decentralized and transparent. And after 3 years the crypto community understood this perfectly and is happy to use it.

The project has been actively developing from the very beginning of its existence and was able to fully implement its concept in less than a year. They did not hype and did not provoke the crypto community, but simply progressively developed from month to month.

For a long time, Ethereum remained the only collateral option. However, in early 2020, the team revised its concept and started adding other coins as possible collateral. For six months, their number has increased significantly and now you can lay the following coins:
- 0x (ZRX)
- Decentraland (MANA)
- Kyber Network (KNC)
- Wrapped Bitcoin (WBTC)
- USDC
- USDT
- PAX
- TUSD

Just yesterday it became known that the team added 3 more coins: ChainLink (LINK), Compound (COMP) and Loopring (LRC). According to the developers, this allows you to make the DAI rate more stable and so that it deviates less from the target value of $1.

You can analyze the success of the project using DAI. Remember that DAI can be issued (with a loan) and destroyed (repayment of a loan). To do this, just look at the stablecoin capitalization chart:

The world's largest stock exchanges could not help but notice. And already in June 2020, the largest American exchange Coinbase Pro added the Maker token. Because of this, the price of the governing token increased by more than 100% from $320 to $720.

It is worth mentioning separately the fact that large investment funds are actively interested in the project. Over the past two years, they have been buying out significant shares. So, Andressen Horowitz in the spring of 2019 bought 60 million MKR at a time, or 6% of the total market supply. And in addition to this fund, there are at least 5 other big companies and hedge funds actively buying MKR. It creates strong preconditions for the further growth of the token.

MakerDAO is the very first DeFi to pioneer decentralized cryptocurrency lending. It was this project that became the prototype for most of the other projects in this area. The fact of primacy allows him to occupy leading lines in many DeFi segments. And even competitors such as Compound cannot keep the leading position and MakerDAO again cames up to first place. Based on this, we believe that this project will continue to develop further and may become one of the largest projects in the crypto industry.