The US Patent and Trademark Office has announced recently that MasterCard, financial services giant, was awarded several new blockchain patents, seemingly continuing its trend of distributing ledger research. The news is not extraordinary for the crypto community, but one of the applications has attracted pretty much attention. 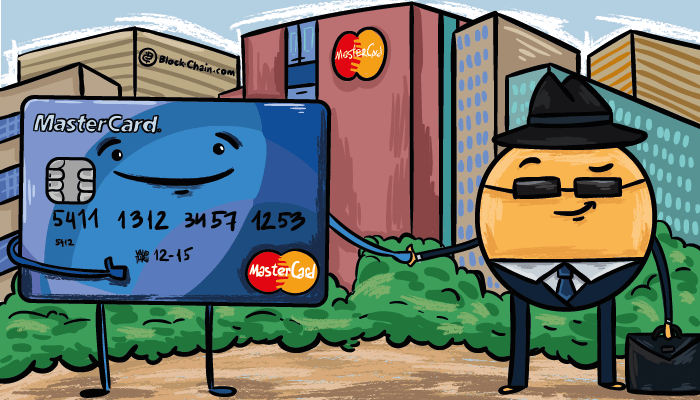 The patent allows MasterCard Inc. to develop a method and system for anonymous blockchain transactions and, therefore, proposes to protect the identifying details of users making those operations. As the document states, under existing systems, if a buyer wants to remain anonymous, similar to the cases when businesses aim to conceal their data like practices and partners in order to keep a competitive advantage, a third party is needed.

The problem is that this method requires a decent amount of trust in that intermediary. In this situation, the blockchain technology has significant advantages, being positioned as eliminating the need for any mediator. The patent declares as follows:

“Identifiers of … part(ies) to blockchain transactions are generally viewable to those having access to the blockchain. Thus, there is a need for a technical solution whereby an entity may participate in a transaction where transaction details may be posted publicly to ensure accountability and trust in the data, while still providing anonymity and inability of others to track individual transactions or volume information by transaction party identifying information of both parties of a transaction to satisfy the confidentiality needs of each entity involved in the transaction. ”

The patent’s method conceals any private information associated with the transaction with multi-level encryption involving two hashes. One of them has the entity identifier only known to the involved parties and the processor, and the other is created out of the first hash but with values publicly accessible to check if the transaction record is integrated. In total, it increases convenience and effectiveness of the system and retains a higher level of security and privacy.

In this method, cryptocurrency acts as a base of the trust less nature of the blockchain, making the system completely decentralized. MasterCard suggested that the third party should not be replaced, but that the processing server itself has to perform this function, which eliminates the human factor and makes the process more trustworthy. The patent also demands hashes to be publicly available, but the purpose of it is unclear, since the hash values may change with each transaction.

MasterCard Inc. first applied for the patent in December of 2016. For the company, this is not the first step in the crypto industry, as in October 2017 it announced its blockchain-based payment system, also refraining from using cryptocurrency. Since April of 2016, it has been awarded several crypto patents, proving MasterCard’s intentions to develop in the industry.