Slovenia creates the first 'Bitcoin City' in the world

Slovenia’s largest shopping mall, coincidentally named BTC City already, is on its way to becoming a first “genuine Bitcoin City” in the world. The center occupies an area of 475,00 square meters and contains more than 400 retail stores. Miro Cerar, the Prime Minister of Slovenia, has visited it recently and has become acquainted with its crypto strategy. 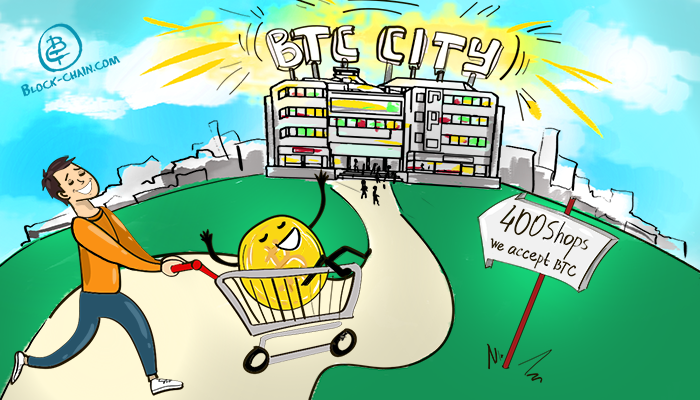 BTC City is a large complex that is located in the capital city of Ljubljana and serves both for commercial business and shopping. Since the mall has been launched, it has added commercial ventures including a hotel, a sports complex and casino, a water park, a multiplex cinema and the crystal palace office park which is considered to be the tallest building in Slovenia.

The mall itself is a giant testing playground for Fintech startup Eligma, the Al-driven commerce platform which is based on the latest technological solutions including blockchain and is being used by multiple retailers in the shopping complex, as it has its own payment system Elipay.

As it was stated, the country’s prime minister visited the mall on purpose to open the Beyond 4.0. The international conference which is dedicated to digital society and blockchain and to learn about BTC City’s plans to become Bitcoin City. It is worth mentioning that, during the visit, the state secretary Tadej Slapnik bought him a cup coffee, paying with Bitcoin through Elipay system.

BTC City can be called a controlled environment where it’s possible to slowly introduce Elipay into every store, bar, and hotel in the shopping center. It presents a micro snapshot of global commerce since it incorporates a large amount of totally different establishments that present a range of challenges for Enigma. More and more use the paying system in their stores, giving customers the option to use Bitcoin and several other tokens in the nearest future.

The developers plan to transform their project into a unified online platform with simple payments and business processes with a central warehouse, used by every store. The city, according to the plans, will be a whole ecosystem for advanced technologies, experimenting with Al, Virtual Reality, machine learning and some others. This open society will not only allow users to pursue their missions but also develop their business environments in the way want or need.