The Swiss town Zug, already known as “Crypto-Valley”, will carry out a municipal vote on blockchain this summer. The first in the country blockchain-based voting trial is planned for June 25 – July 1, Swissinfo reported on June 8. 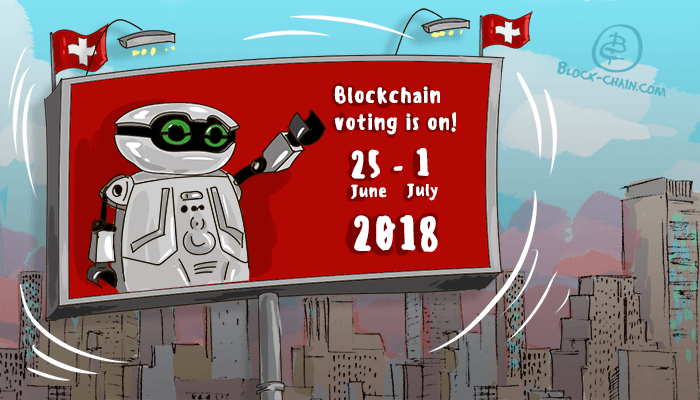 Each citizen will be able to vote from the mobile device via eID (blockchain-based digital ID system) which is running since November 2017. Beside municipal voting, citizens will be suggested to give an up- or down vote on whether the eID system should be used for future referendum voting.

After Ethereum settling down in 2014, the sleepy Swiss town with under 30,000 citizens became a “Crypto Valley”. Nowadays in the global hub for crypto, there is no tax for crypto investors, and citizens can pay in Bitcoin for some municipal services in the town. As was reported just a couple of days ago, crypto companies now can officially open business accounts in Swiss Hypothekarbank.

Switzerland is currently holding the first place in the list of European countries, is the most friendly location for starting a crypto business, according to a study published by BlockShow blockchain conference. The second and third places belong to Gibraltar and Malta, correspondingly. Belarus encloses the list of most crypto friendly European countries, being 10th in the rating.