Tron launches its own mainnet after a year-long wait

According to the official press release, altcoin Tron declared total independence from the Ethereum network and, after a year-long wait, launched a beta version of its own public blockchain Odyssey 2.0 on May 31st at 12 am UTC. The testing period will take until the end of June, and the full launch of network’s Genesis block will be held by TRON Foundation on June 25th, styled ‘Independence Day.’ 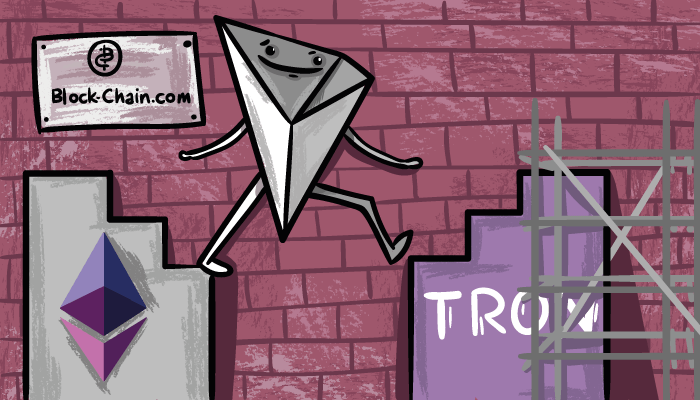 Tron started beta testing on its own platform

During the period from June 21 to June 24, the new blockchain will make it able for users to exchange their ERC-20 standard tokens for an equivalent amount of TRX. Tron, a blockchain-based project for content distribution, is operational since September 2017 and is considered to be the tenth largest cryptocurrency by market capitalization. His success provokes sharp criticism from Vitalik Buterin, Ethereum co-founder, who commented TRX’s pricing is overvalued `’far ahead of`’ its actual worth.

This transition, as stated, will be a part of stepping away from the Ethereum blockchain and creating an independent protocol. Speaking of the switch which implies changing the course of the coin, Justin Sun, Tron’s CEO, said that the team maintained a high standard of excellence heading towards becoming a mainstream public blockchain. With this move, as he believes, developers will be able to reach better scaling and commercialization.

As a part of the ETH network, the coin has operated as an ERC token and secured a solid follower-base due to its unique approaches. Unfortunately, despite its popularity, the transition hasn’t been perfect, as the coin’s price dropped by 14% from its previous point on the week.

The new network claims to be 400 times faster that Ethereum’s and to compete with it in providing a public blockchain platform that features decentralized application development and uses a Proof-of-Stake consensus algorithm. It was also announced that the developers offer up to $100,000 for discovering bugs on the platform to make it as secure and reliable as possible.