Apparently, the crypto market is about to see new competition in the area of commission-free trading. According to a report from Fortune, a multinational business magazine, a new cryptocurrency exchange was founded by Oscar Salazar, known as a co-founder of Uber, and Philip Eytan, an early Uber investor. 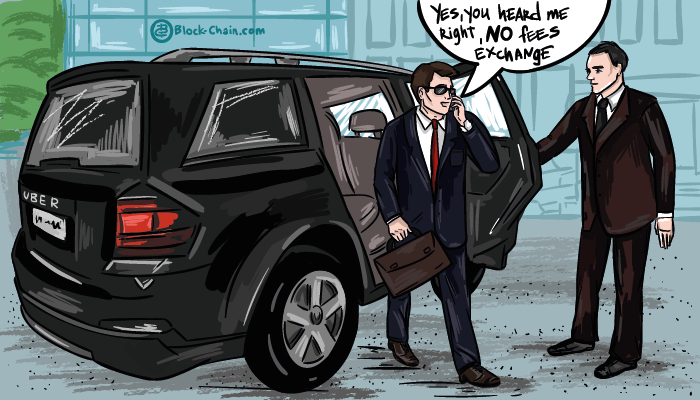 Uber has scandal low prices, but no fees in exchange?

The project is named Voyager and has the CEO represented by Stephen Enrlich who used to be the CEO and founder of Lightspeed Financial and also previously worked for online stock broker E*Trade after it was acquired by Lightspeed.

The fact that Voyager focuses on no-fee trading puts the company in the class as a trading application Robinhood, which is stripping away several costs related to trading cryptos in order to upend its status quo. Voyager plans to start by listing 15 cryptocurrencies included in the list of the 25 most effective networks with bitcoin, bitcoin cash and ethereum among them. Enrlich also said the exchange intends to list such cryptos as XPR and others that are not listed by major exchanges.

As it was announced, beta testing of the platform is planned to begin within next 4 days, and the exchange’s app will be available for clients by the end of October. Voyager will also possibly publish crypto news as well as analysis. Now the exchange is in the process of securing licenses in the USA.