Verge (XVG) suffered from another cyber-attack

The Verge Team reported on Twitter that is experiences problems with mining pools but working on eliminating the cause. 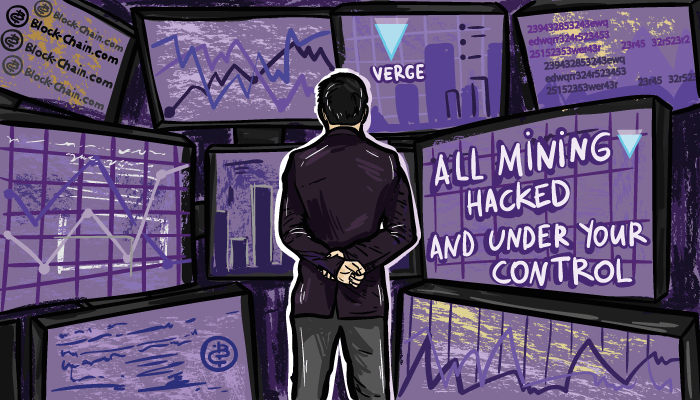 “It appears some mining pools are under DDoS attack, and we are experiencing a delay in our blocks, we are working to resolve this,” they write this morning.

Verge is a cryptocurrency that allows anonymous transactions by hiding users identities and geolocation using such technologies as Tor and I2P, not exposing their IP addresses. The digital currency is traded under the XVG https://block-chain.com/coin/verge , and it holds the 31st position in the global market of cryptocurrency according to the CoinMarketCap. Disregard the attack; investors are expecting the temporary drop in price, though users in the Verge Twitter community are expressing their concerns, as the attack is the second one since April. Users are mostly concerned about the frequency of attacks on the altcoin, and that not enough measures were taken after the previous attack. Despite frequent attacks, the cryptocurrency project is advancing further in development and makes remarkable partnerships.

As more commercial and governmental sectors make exploit the distributed ledger technology, there is a need to gain awareness regarding blockchain security issues and vulnerabilities. The famous DAO hack happened in June 2016 with the $50 million in Ether stolen, is already left far behind, there have been at least eight more hacker attacks on cryptocurrencies and crypto-projects. In August 2017, before the official ICO of the project Enigma has started, it suffered from fraudulent actions. Hackers used credentials of CEO Guy Zuskind to enter the Enigma’s website, their Slack group and email list. Fraudsters have sent scam messages asking for funding and collected roughly $500000 in Ether.

The biggest hack occurred in January 2018 on the Coincheck, a Japanese crypto-exchange. Hackers stole $530 million from the users. The exchange has promised to refund clients affected by the theft partially. The incidence has attracted the attention of the government. A Japanese government spokesman commented that Coincheck would be asked to improve its practices following the hack.