What should we wait from the media leader 2017? Interview with BitCoen president

One of the most resounding blockchain projects 2017 (#1 media leader 2017 according to i-Consulting agency research) - the BitCoen project completed its token sale in February 2018. The declared hard cap of $2.5 million was successfully reached. 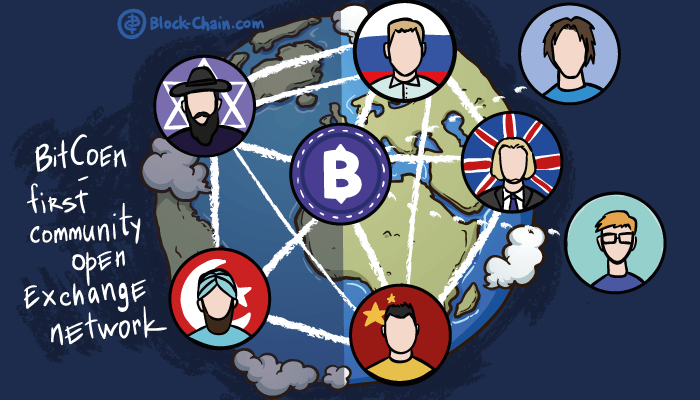 But after the end of the Token sale, the team kept very silently for several months. We talked to the Vice-President of BitCoen David Dyshko to ask him the tough questions we had about the project and its future. What happened from this, you can read in the interview.

BC: David, at first I want to thank you personally for the idea of the project. I find it genius. First I’ve heard about BitCoen from my friend from Australia, he sent me a link like: “Hey, dude, have you heard about the first kosher coin?” There was so much hype about the project last year, but you changed the initial concept. How did you make this decision?

David: (smiles) Thank you. Receiving so much feedback from all over the world was amazing. Of course, it’s not only our PR&Marketing team result, but all team members involved. I want to mention that for the majority of our token holders BitCoen was the first cryptocurrency they purchased. BitCoen attracted a lot of crypto newbies. When we understood this fact, we have reinforced our support team and changed our communication strategy.

Understanding and communicating with the project’s auditory is a continuous work. At some moment of the token sale, we realized that BitCoen has become much more than a Jewish blockchain project. The idea of BitCoen was supported by different communities: ethnic groups, travelers - all who need a single cryptocurrency that can be used in different countries. BitCoen is the first Community Open Exchange Network.

BC: The amount you raised, $2.5 million, isn’t an enormous sum. Can you say that your token sale passed successfully?

David: You’re right, the ICO market was overhyped the last year. There were the projects that raised crazy sums during their token sale. But how did they reason such hard cap and what will be the future of the project… Anyway, we’ll see. We’ve never had a goal to raise money and chill at Tel Aviv beaches (smiles).

The project has a strong IT team. From the beginning, we had a list of declared products we want to create and a clear understanding what we need to make it. What sets us apart from the majority of project holding token sale is that we started to launch the declared during the Token sale. Even in December, we’ve already launched our wallet, loyalty program and explorer as well.

BC: You have your own blockchain. Sounds amazing. But why do you need it? Don’t you think that it is more reasonable to make a fork of Bitcoin or Ethereum?

David: We’re proud that BitCoen has its own unique blockchain technology. It is one of the fastest blockchain in the world. Another unique feature is the absence of a commission for transactions. The BitCoen blockchain is sustainable: it does not involve mining of proof of work or proof of stake. Confirmation of transactions occurs through the protocol of proof of time. That is, high transaction speed is a guarantee of its reliability. I think the features of our technology that I mentioned can explain why it was reasonable.

BC: What have you been working on after the end of the Token Sale? What about crypto exchanges?

David: Firstly, we needed the most of our tokenholders to pass the KYC and complete their tokens withdrawal. At the moment almost 80% of our community has completed the procedure. As I already told, a lot of our community members are new to crypto technologies, so for many of them, it was the first KYC ever. We’re regularly communicating with our community, and we’re striving to 100%. As I always say, someone in this world should do this job. At the moment BitCoen is already listed on four exchanges: The first one has listed BEN token in 2 weeks after the end of the Token sale, that I find a great and super speed result.

BC: What should we expect from BitCoen in short-term and midterm future?

David: Our blockchain is growing. The current number of blocks is 70000. Our development team is working hard these days. 1.0.5 Wallet app version and nodes are in the development. Also development and testing of the Mobile app for iOS and Android are in the active phase. It will be a significant step from the project, cause we will be one of only a few blockchain projects on the crypto market with ready mobile app. A lot of projects have a mobile application launch in their roadmap. Just wait for a little, and you’ll see who can keep promises.

About BitCoen BitCoen is the first Community Open Exchange Network. The BitCoen ecosystem includes the BitCoen token and an offline and online payment system that allows BitCoen to be used in everyday life: the international loyalty program BitCoen ("BitCoen Loyalty"), BitCoen wallet, BitCoen explorer. BitCoen is based on its unique blockchain technology.