When central banks will have to issue its own cryptocurrency?

Central banks all around the world release their own cryptocurrencies. Bank of England strongly believes that cryptographic technologies can significantly benefit the financial system and separates “digital cash existing for decades” and Central Bank digital currency (CBDC) which has even greater functionality than cash. 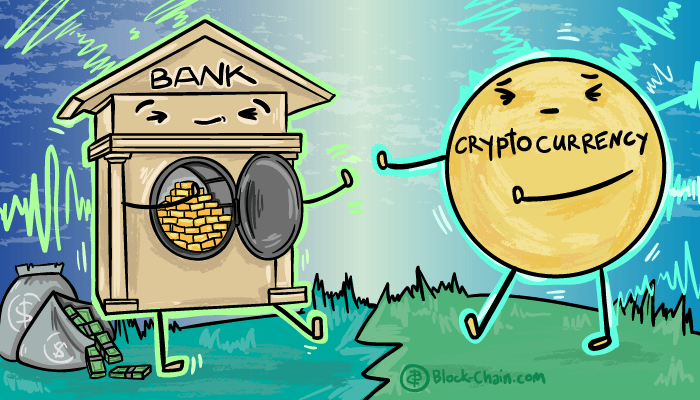 When will they meet in full power?

Besides, CBDC is based on a separate operational structure which is also an important advantage. Basically, be these means a bank becomes a new Satoshi, establishing the rules for mining of the cryptocurrency and holds ideological sway, while the system itself is decentralized.

Bitcoin, ether and other cryptos, considered as completely decentralized, show key trends for people who prefer this particular currency. At the end of the day, these individuals transfer control of the crypto to a certain group of people, as it happened in the case with EOS.

Concerning the distinction made by the Bank of England, it’s important to understand the electronic krona that may be released by the Swedish Central Bank or Switzerland’s upcoming electronic frank are not CBDC. National bank of Ukraine mentioned e-hryvnia, which might be based on the blockchain technology similarly to CBDC, but will duplicate already existing currency.

Actual CBDC is brand new money, able to coexist with the fiat. Agustin Carstens, General Manager of the BIS, rejected the possibility that someone off-site can emerge as an alternative to cash, although he did not say that CBDC can replace fiat.

Bank for International Settlements supports the same idea, allowing for the possibility that CBDC can totally replace fiat. Meanwhile, the central bank of Norway doesn’t make such loud statements and calls CBDC an “addition”. This view is shared by the Bank of Marshall Islands, as in February it made a decision to release its own CBDC named SOV while kept using the USD.

The Bahamas follow the same strategy and are about to release their own cryptocurrency, as a decent part of its population can’t afford to use banking services.

Central Bank of Netherlands had been testing the distributed ledger technology (DTL) for 3 years and came to the conclusion that it doesn’t fit the market, consuming too much energy and being vulnerable to the hacker attacks. This experience only confirms the BIS’s statement that a separate DTL usage doesn’t yield results.

Central banks all around the world, including Singapore, Canada, Brazil and Japan, have been testing the blockchain technology for the past few months but the results are unclear. But what is evident, is that blockchain is the technology that can change understanding of the digital cash.

Although it’s not flawless, if it starts to gain momentum it won’t stop, and all central banks will have to adopt it. But this process might take a while, as some countries don’t see any need for cryptos. For example, the Reserve Bank of Australia believes that while the economic situation is stable and the credibility of the Australian dollar is high, it won’t release its cryptocurrency.

What about Russia, electronic ruble might be considered by the western partners as a method of sanctions-busting, which might cause negative effects. But does it mean that Russia won’t ever see the e-ruble?

This question is political, as the sanctions for the country are quite strict if they don’t let its central bank apply the blockchain technology without a risk to provoke an adverse reaction. If the Russian government keeps pursuing this policy, it might cause serious problems such as technological backwardness and to avoid this, some provisions must be reviewed.