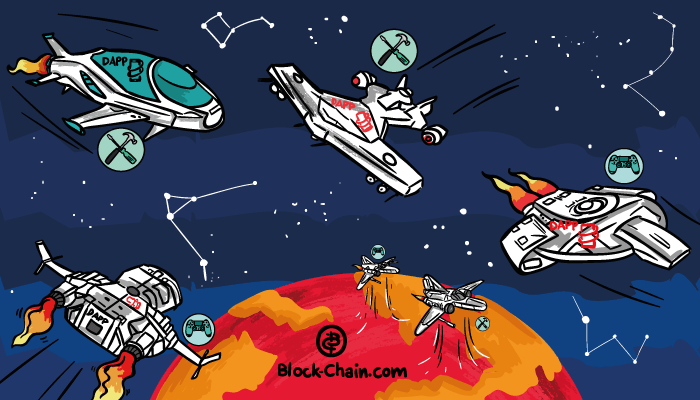 Dapps is key element of the blockchain future

That was mentioned by Mr. Wang in his speech at the Block Forum, a blockchain conference taking place in Vilnius, Lithuania, on June 14-17. The blockchain spread powered by gaming dApps will also have a positive effect on major cryptocurrencies. According to Mr. Wang prognosis, dAapps will eventually reach and outperform traditional Apps by a number of users. In turn, blockchain will be able to eliminate some obstacles that the gaming industry is facing. Beside decentralizing digital marketplaces and minimizing trading fees in the gaming industry, blockchain unleashes the ability to share processing power.

Another possible application of blockchain is a storage system, where the nodes can be used to store game elements or gameplay. Along with the gaming community, major venture funds are also showing interest in the decentralized gaming platforms and have already supported several startups in the sector. The gaming industry generated $108.4 billion in revenue in 2017 and is expected to reach $143 billion by 2020, according to SuperData recent findings.

Remarkably, this Friday, a long-awaited new blockchain system EOS, which is expected to outperform Ethereum, is finally launched after one-year long ICO. The project has collected a record $4 billion dollars, as we have already reported in a previous post this month. The start was postponed by around a week due to discovered vulnerabilities.