On January 24, a law firm called Silver Miller filed a lawsuit against crypto investment platform BitConnect. The platform is accused in being a Ponzi scheme. It was issuing crypto tokens that were unregistered securities, and transferring coming investment to existing investors in order to compensate their return. 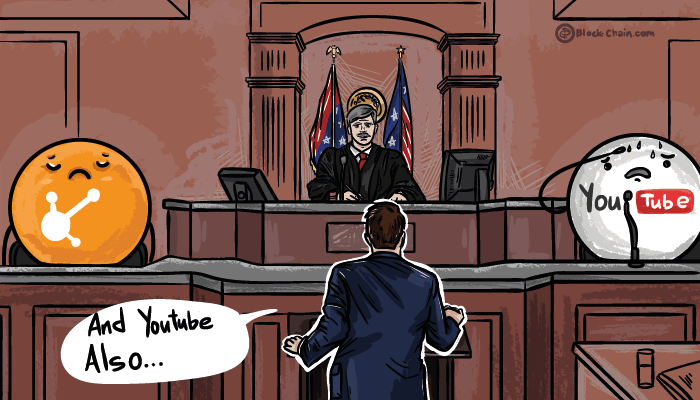 This investment scam is called Ponzi scheme, where the numbers of high return rate and small risk are falsified and composed based on returning the profit for old investors with the funds of new investors. On January 16, 2018, Bitconnect announced its shut down forced by authorities in Texas and North Carolina as it “isn’t registered to sell securities in those states”.

More than 70,000 hours of promotional videos BitConnect has posted on Youtube, which generated around 58,000,000 views. There were also some videos from users that were unveiling fraudulence of BitConnect. Prosecutors claim that Youtube could have removed promotional BitConnect’s videos and save its users from being a subject to the scam scheme of BitConnect.

Thereof Youtube will participate in the trial as a defender. David Silver from Silver Miller comments that

“YouTube failed as a gatekeeper to protect its users from, and warn its users of, the very harm YouTube set out to prevent with its advertising protocols and proprietary algorithms.”